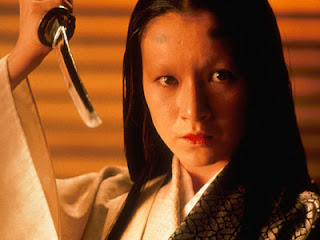 ...by any actor in any film I have ever seen is that of MIEKO HARADA as Lady Kaede in Akira Kurosawa's legendary "Ran" (1985).

"Aah, Lady Kaede, how could I forget you? Your absolute stillness and grace, your glacial beauty, your pathological hatred of the Ichimonji clan. She really is a great character, the sibilant whip-wheep sound of her silk robes is nearly as terrifying as Asami's 'ichi ichi ichi' in Audition."

For an excellent review of "Ran" by Vincent Canby for the NYTimes click here.
Posted by azawakh place at Friday, September 18, 2009 No comments: 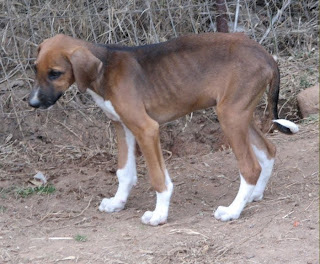 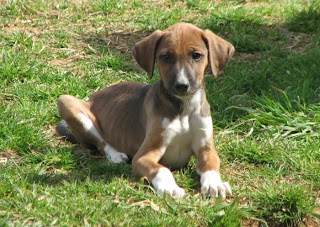 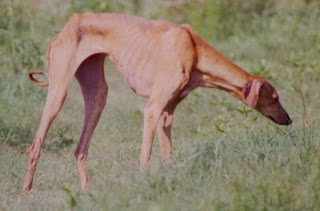 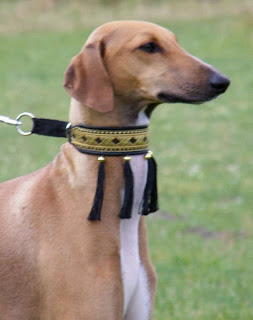 ...is out of Takute Al-Ifriqiya and was sired by Al-Hara's Vakuru, bred by Ingrid Aigeldinger, Switzerland. This beautiful photo was sent to me by his breeder Gabriele Meissen. Most people know me well enough by now to know that I don't get into posting show results...but well, I am proud for Gabi and for Azulai's owner in Poland, Renata Chwalczynska, that Azulai was voted 'Best Head' at the Annual Specialty in Poland. Which brings us to most people know me well enough to know that I am a freak about heads. I am very proud of all of them. Al hamdullilah.
Posted by azawakh place at Wednesday, September 09, 2009 No comments:

...Azawakh relaxing in the sun. Thanks to Gabriele Meissen for the nice photo.
Posted by azawakh place at Wednesday, September 09, 2009 No comments: 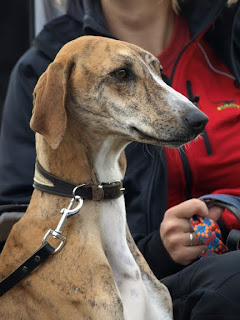 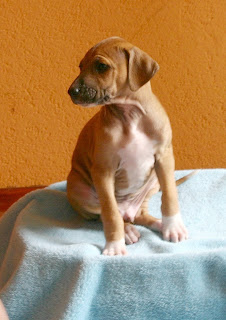 excerpt from the TV series House
Posted by azawakh place at Saturday, September 05, 2009 No comments:

Only an idiot would get between Ahab and his whale.

excerpts from an episode of House

(after refusing for years to watch the show I finally succumbed...and I love it.)
Posted by azawakh place at Saturday, September 05, 2009 No comments: 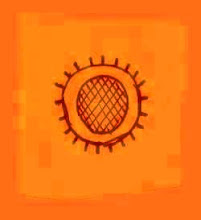 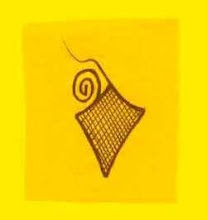