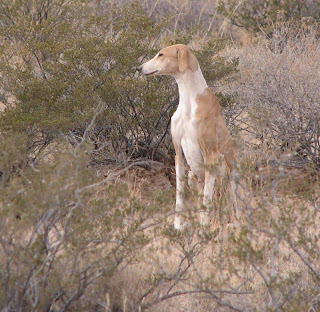 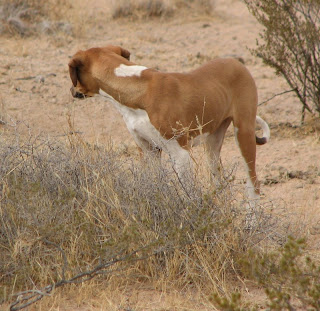 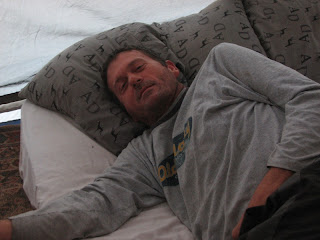 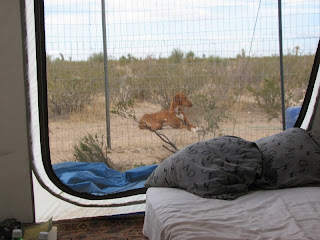 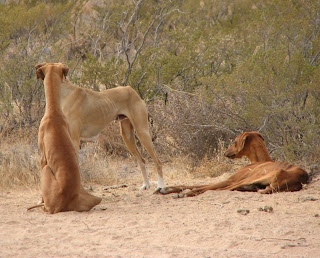 These are 'tent' images. Images of things INSIDE the tent (my partner Tommy), FROM WITHIN the tent (a view of Choum sitting just outside the perimeter fencing [uh, we must keep the tent from being ripped by the dogs or we are screwed so the tent is surrounded with a six foot high fence....one of the reasons so many of the images of the dogs are of them behind fencing...but WE are the ones who are enclosed!]), and images of the dogs taken OVER THE TOP OF THE FENCING that protects the tent.

For those who don't know, the reason we live in a tent is because I chose to leave our house we had built with our own hands on our land in NM and move to TX because of the threat that my dogs would be taken away by yeah, 'well-meaning' (read ignorant) ANIMAL CONTROL people in Luna County NM. Turns out I had moved from my land in GA to a place in the desert of NM (we lived on 160 acres and our closest neighbors were four miles away as the crow flies) without fully understanding that the county to which we had moved had strict regulations RE the number of dogs a person is ALLOWED to own. Had this information been current, as in updated, on the county's website I would not have moved there. I cannot lay the blame at the feet of Luna County, though I take issue with the unreasonable limit...I should have more thoroughly vetted the situation. But well, once the discovery was made (suspicious to this day) that I owned more dogs than the county ALLOWED (again, in my opinion an unreasonable limit...certainly for anyone involved in preservationist breeding), I could not risk having my dogs stolen by ANIMAL CONTROL, their possibly being sterilized, and even killed. All my dogs and eighteen years of work COULD have been destroyed. And since they would have faced challenges in rehoming the dogs [uh, now way could I have afforded to get them back...] no doubt most of them would have been euthanized (read killed).

Again, I could not allow my dogs to take the fall for my inadequate vetting combined with the county's unrealistic and unreasonable limits (the same limits for someone owning animals within the city limits of Deming as for a person owning hundreds of acres of property well outside the legal limits of the city). So within two weeks of 'first contact' with ANIMAL CONTROL, we were outta there.

We moved to a very remote part of the Chihuahuan desert of SW Texas. Al hamdullilah. Life is not easy (and why should I expect it to be? What? I get a special break???) since there is no electricity or water. But well, like other people, in fact many people around the world, we manage. But not without the relentless help, generosity and support of good friends and family. Thankfully, FOR THE MOMENT, I feel the dogs are safer, Insh'Allah.

Anyone who owns an animal, who eats meat or "sea kittens" (UH, FISH) , believes they have the RIGHT to not have the government (starting with your local city and county commissions) dictate how many animals you ARE ALLOWED to own, keep intact (read NOT STERILIZE), and/or breed, better wise up. Its never too late and your rights are being stolen out from under you as you pet your dog.

I must find another way to work towards the goal of "rights preservation" now that my dogs are in a safer situation, Insh'Allah.
Posted by azawakh place at Saturday, January 24, 2009

No matter, the realtor who sold you the property should have advised you better.