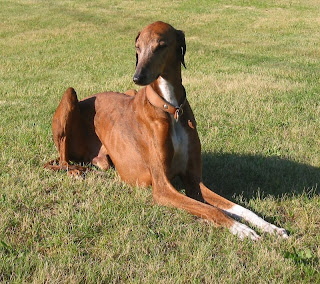 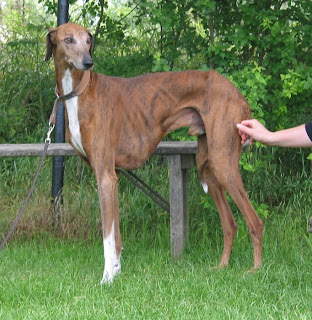 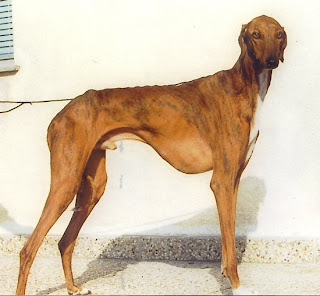 Three photos of Talat who was the brother of Kusaylah and Iman (there were two other brothers, Khamseen (who was sent to Germany) and Takoba who sired one litter for me and then was purchased by my friend in NC. The first two photos were sent to me by Bettina Seidl...the third I am not sure whom to credit. It was taken when he was quite young. He is of course much older in the first two photos. He was owned by Monika Lutsow. He died last year. Maktoub wa al hamdullilah. Big thank you to Bettina.
Posted by azawakh place at Sunday, February 08, 2009